I have gone from walking this earth in a zombie like state for years to feeling excited about new opportunities and professional growth. Due to abuse I suffered as a child, and then again as an adult, I had become a shell of a person.

I attended weekly sessions with either a counselor or a psychiatrist, and while many benefit from this type of service, I found that I needed a more active way to heal. Eventually, I stumbled across CBT (Cognitive Behavioral Therapy); the more research I did on this methodology, the more enraptured I became.

After reaping the benefits of CBT personally, I went on to gain accreditation in both CBT and Professional Life Coaching. Later, I added certification in NLP (Neuro-Linguistic Programming).

Working with other women who have faced trauma and with those who are reentering society from incarceration may seem a peculiar mix. The link that binds us together is trauma.

I once was the head legal secretary for a prosecuting attorney and genuinely believed that innocent people didn’t go to prison; I was mistaken!

After reviewing a case that a friend asked me to look at, I found no evidence that linked her incarcerated friend to the crime that he was convicted of. He had been locked up for 20 years!

My interest peaked, and I quickly found myself advocating for justice. Now I speak with many who are, or have been, incarcerated and their loved one’s daily. The trauma that these citizens face is real and until they deal with that trauma, it will be difficult for them to move forward in a proactive way.

Victory From Chaos Coaching was born out of the passion and drive I have to help others who are suffering. The journey to emotional healing is not easy but is worth the effort. You may have heard the phrase, “Hurt people hurt people.” I believe that is true, but I also believe that…

A word about me…

You may be familiar with the phrase, “Hurt people hurt people.” May I suggest another phrase? “Served people serve people.”

As a woman, I know firsthand how emotionally devastating traumatic events can be. As a justice advocate who either speaks with or corresponds with those who are or have been incarcerated and their loved ones daily, I am aware of what takes place within our correctional facilities.

It is the goal of  VFCC to help those struggling emotionally through the insight gained through my studies. As we heal emotionally, we move toward achieving your goals. Read more here…

One on One Sessions

Via 60-minute scheduled Zoom meetings, we will discuss how to overcome the trauma you have faced.

By learning to accept the perspectives of others, you will widen your network and realize that you are not what has been done to you, and you are not what you have done Thus you begin to move forward. 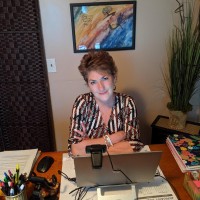 We have a small selection of custom hand made jewelry